The velocities of correlated, interdependent payments must keep pace and be in balance. Payments of dummy money move at velocities in circuits; e.g. O = I = E = R (CWL 15, 54) and O’ + O” = I’ + I” = E’ + E” = R’ + R” (CWL 15, 54)  The arrows in the Diagram of Rates of Flow  represent channels containing analytically-distinguished, interdependent, functional velocities.  These dynamic functionings are defined by the functional relations in which they stand with one another.

The intelligibility of the concrete process consists of two components: an abstract primary relativity expressing the normative systematic structure, and a secondary  component of concrete determinations from the non-systematic manifold.  There is a normativity to the dynamic structure.  An analogy from baseball may help to make the point regarding interdependence and keeping pace. 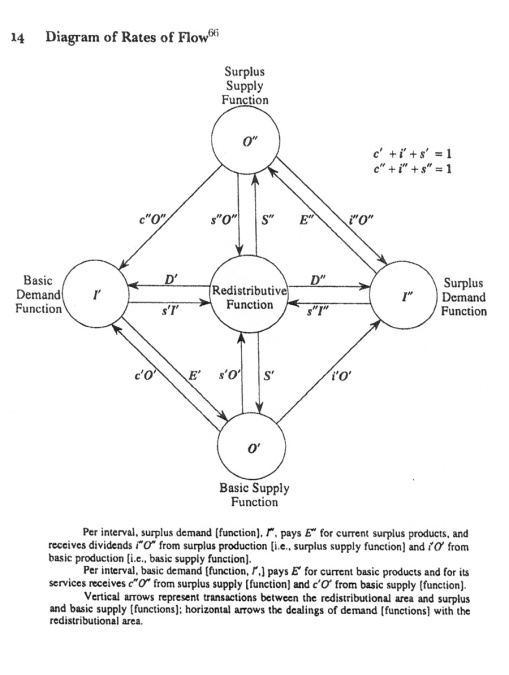 A large and positive crossover difference uncompensated by action from the pitcher’s box will result sooner or later in depriving the groups at second and third bases of all their balls, or if the crossover difference is large and negative, it will result in depriving the groups at home and first of all their balls.  Similarly if the group at the pitcher’s box makes up its mind to accumulate balls, tossing back fewer than they receive, the groups at the bases will again find themselves without balls eventually,  But without further information one cannot say how rapidly the ultimate event of being without balls will arrive.   Further, the players at the bases may make up, by a greater efficiency in pitching and catching what balls they have, for any loss of balls they may suffer, up to the ultimate moment when they have no balls at all.  ¶But despite this almost baffling indeterminacy, it remains that there is a definite dynamic structure.  There are hypotheses on which the game can go awry, and this possibility constitutes a fundamental indeterminacy for the structure.  On that basis either by adding further information about the nature of the game or by adding further suppositions, a still greater determinacy may be built. [CWL 21, 211-12]

“The channels account for booms and slumps, for inflation and deflation, for changed rates of profit, for the attraction found in a favorable balance of trade, the relief given by deficit spending.”

I have spoken of the analysis as revealing channels and bringing to light an undertow.  My meaning may become clearer by referring to the distinction sometimes made between general equilibrium (Walras, Wicksell) and partial equilibrium (Marshall).  The channels of circulation replace the overall dominance claimed for general equilibrium theory, but they reveal the conditions under which partial equilibria can exist … More positively, the channels account for booms and slumps, for inflation and deflation, for changed rates of profit, for the attraction found in a favorable balance of trade, the relief given by deficit spending, and the variant provided by multinational corporations and their opposition to the welfare state. [CWL15, 17]

Within the channels flows may vary independently so as to bring about disequilibria necessitating automatic correction.

A condition of circuit acceleration was seen in section 15 to include the keeping in step of basic outlay, basic income, and basic expenditure, and on the other hand, the keeping in step of surplus outlay, surplus income, and surplus expenditure.  Any of these rates may begin to vary independently of the others, and adjustment of the others may lag.  But any systematic divergence brings automatic correctives to work.  The concomitance of outlay and expenditure follows from the interaction of supply and demand.  The concomitance of income with outlay and expenditure is identical with the adjustment of the rate of saving to the requirements of the productive process. [CWL 15, 144]

Money flowing in the channels for payments should be constant in exchange value.

Severe inflation and deflation are swindles.

The alternative to constant value in the dummy is the alternative of inflation and deflation.  Of these famous twins, inflation swindles those with cash to enrich those with property or debts, while deflation swindles those with property or debts to enrich those with cash; in addition to the swindle each of these twins has his own way of torturing the dynamic flows; deflation gives producers a steady stream of losses; inflation yields a steady stream of gains to give production a drug-like stimulus. [CWL 21, 37-38]

The government cannot print money unrestrained, as Modern Monetary Theory would permit.  Greg Mankiw cites an egregious example of the consequences of unconstrained printing of money. 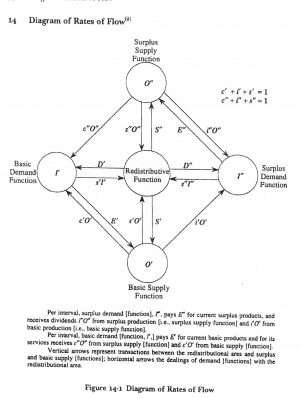 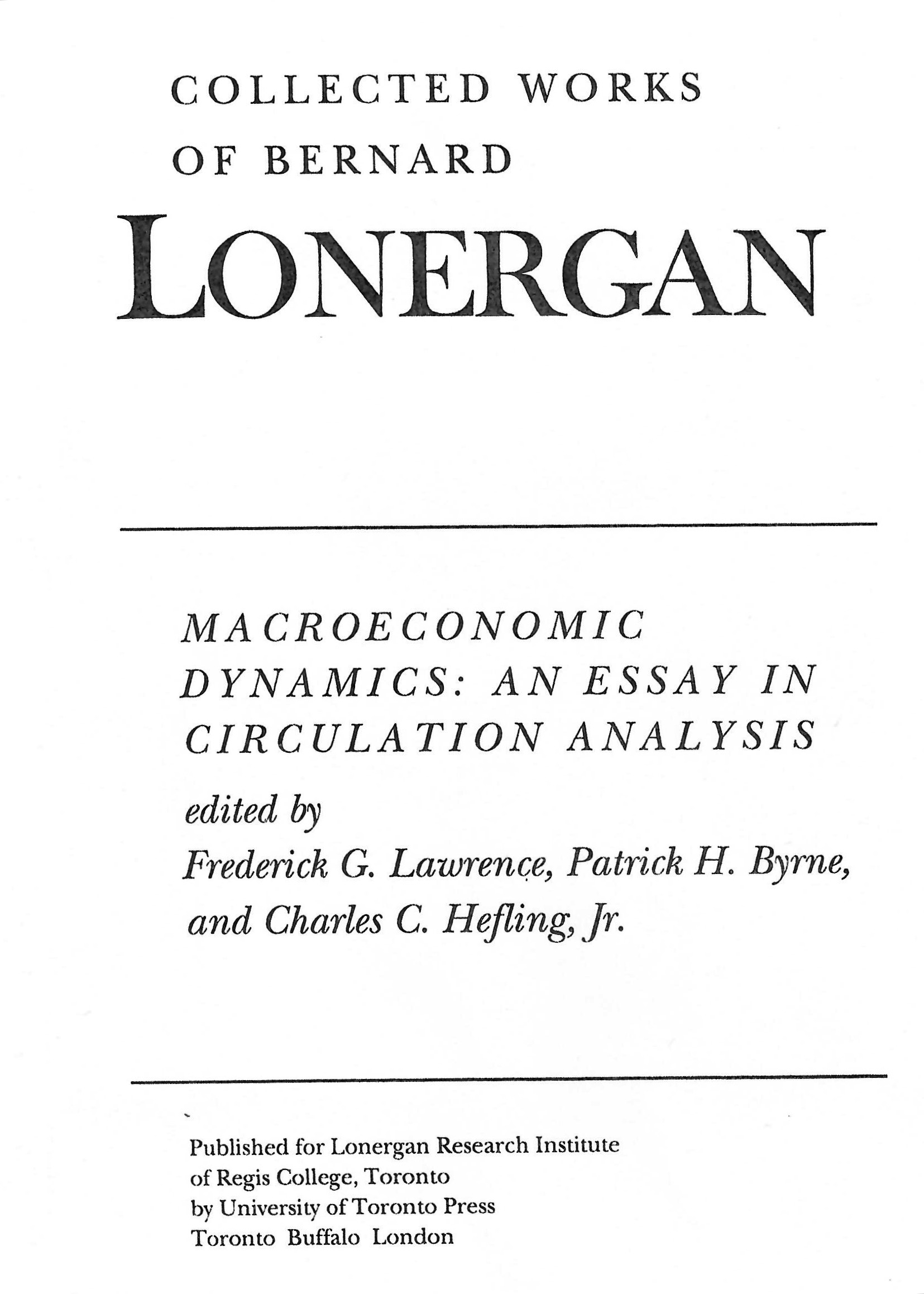